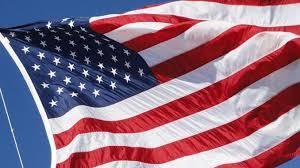 8:45 Leave the buildings and walk to designated area.

the ceremony area.) Both groups are meeting @ SOUTH Gymnasium.

accompanied by Anna Bruno on piano; Clara Bruno on percussion and Mr. Michael

9:40 Military Salute to the Branches of the Armed Forces performed by the SGS Band

under the direction of SGS Band instructor, Ms. Kirk. Branches announced by Mark

9:45 Folding of the Flag, passage read by Mr. Mark Victor and flag folded by Seneca

9:50 Program moves outside for release of Monarch Butterflies: listen for directions

to move to designated areas. Musical Presentation, “I Hope You Dance”(LeeAnn

9:55 Taps of Remembrance / Gun Salute /American Legion. Taps will be played by

10:00 Releasing of butterflies in the front of the SGS South building. Students begin

their Freedom Walk before returning to their class.