Hurricane Michael left it’s path of destruction in the panhandle of Florida. The students and adults at Seneca Grade School started talking about one drone video in particular that touched their hearts and minds.  The video (https://youtu.be/jz_ULbwaams) demonstrated how something that SGS students take for granted everyday, their gym, can be wiped out by such a storm.

The Lady Raider Basketball Team decided to adopt the Jinks Middle School for their annual service project.  With the rest of SGS behind the cause, the girls dug in to make a positive situation out of a negative one.

At the September 11 program this fall, it was announced that the SGS theme for the year would be Hope.  To try to spread hope whenever possible would be the SGS goal; to be the light in darkness. To apply that thought to this project, all grade levels became involved.

-Kindergarten through second grade students made thumbprint hornets.  The hornets are the mascot of Jinks Middle School.

-Third and fourth grade students wrote short message to be used with the  thumbprint projects of the K-2 children. Their combined efforts will be laminated “pockets” for letters from fifth through eighth grade students.

-Fifth through eighth grade children wrote Letters of Hope to let the recipients know that they were not alone and that they had someone thinking of them.  They also created Posters of Hope in Art class.

Tuesday, October 23, the Lady Raiders helped K-2 students with their Hornet thumbprint portion of the project.  The leadership and connection that the Lady Raiders made with the younger Raiders, was very rewarding for all.  After practice Wednesday, the players combined the K-2 Hornet thumbprints with the third and fourth grade messages to prepare them for laminating.

Completing the project will mean trimming laminated posters with inspiring messages made by 5-8 students, stuffing the “pockets” with letters of encouragement from SGS middle school children and packing the boxes for shipping.

Wednesday morning with an update, Principal Smith from Jinks Middle School in Panama City was pleased to have  the projects on their way soon.  He stressed his students are in many varied living situations as they recover from the hurricane and the messages will be a positive turn from a negative situation.

Seneca Grade School is off to a great start spreading messages of Hope with this project for Jinks Middle School in Panama City, Florida.  Children helping children by sharing hope with someone in need. 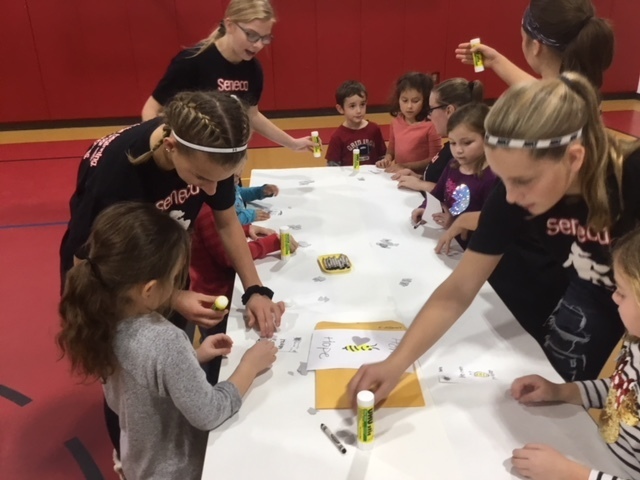 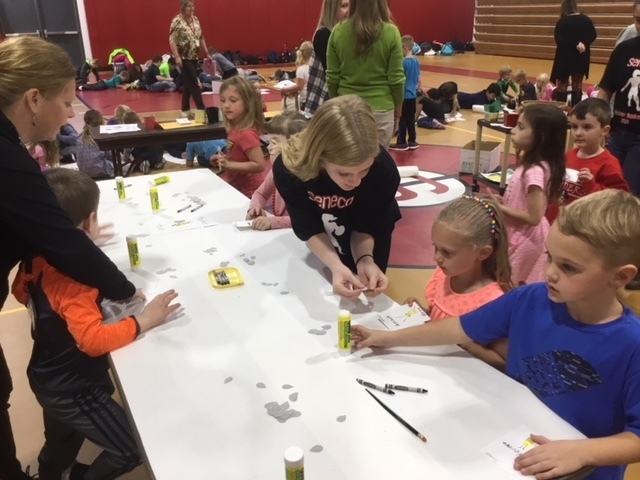 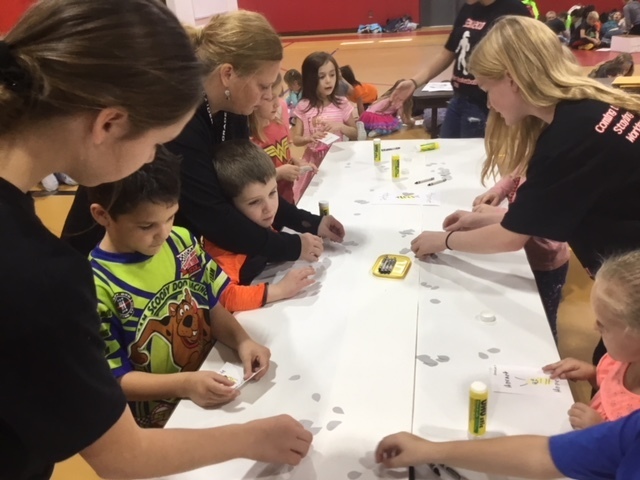 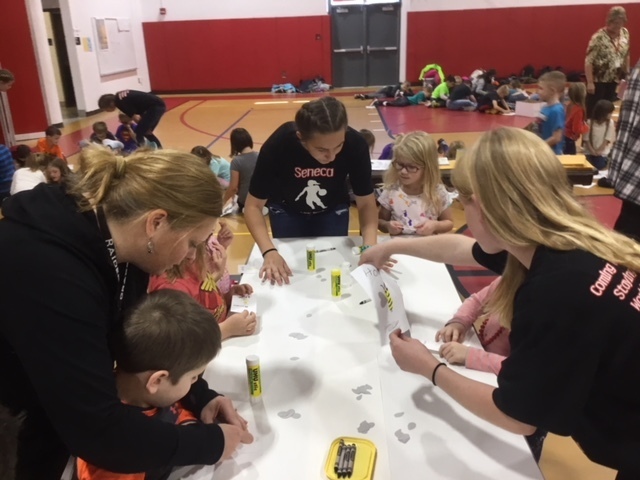 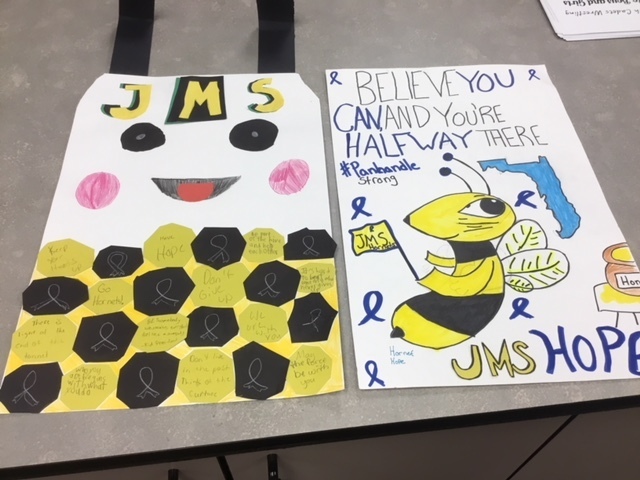